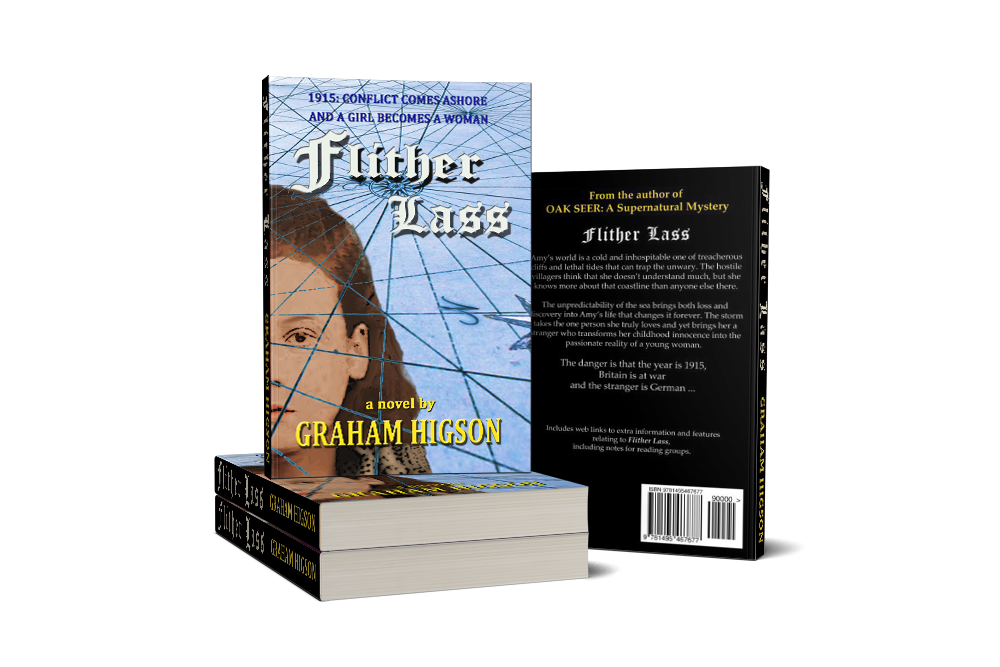 Amy’s world is a cold and inhospitable one of treacherous cliffs and lethal tides that can trap the unwary. The hostile villagers think that she doesn’t understand much, but she knows more about that coastline than anyone else there.

The unpredictability of the sea brings both loss and discovery into Amy’s life that changes it forever. The storm takes the one person she truly loves and yet brings her a stranger that transforms her childhood innocence into the passionate reality of a young woman.

The danger is that it’s 1915, England is at war and the stranger is German.

Click here for a bigger taste of the story

The bitterness of reality,
with no fancy thrills

The language was like a pop-up picture book opening up scene after scene. — Alana Woods, author 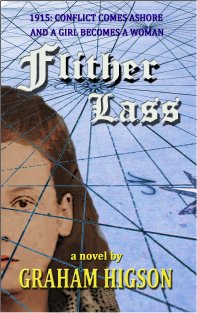 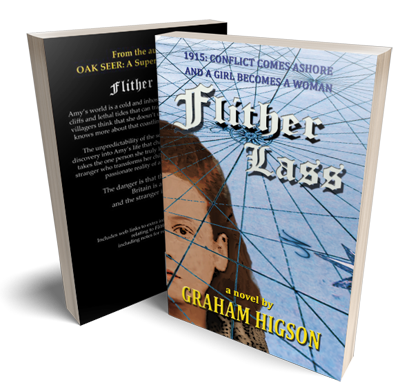 Some of the following books are now out of print, but may possibly be sourced from sellers on Amazon Marketplace, Abebooks, and so on.

War off the east coast 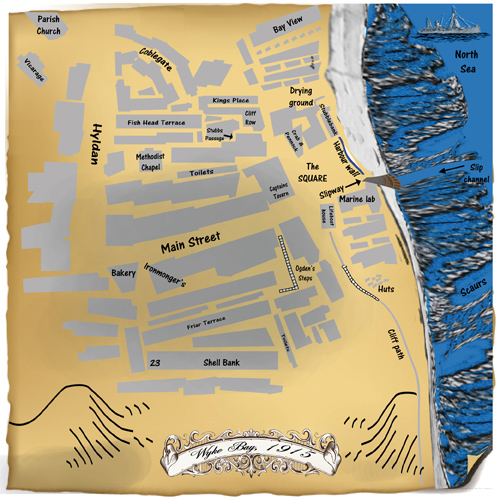 Review of Flither Lass by Alana Woods,
the Intrigue Queen of thriller fiction. 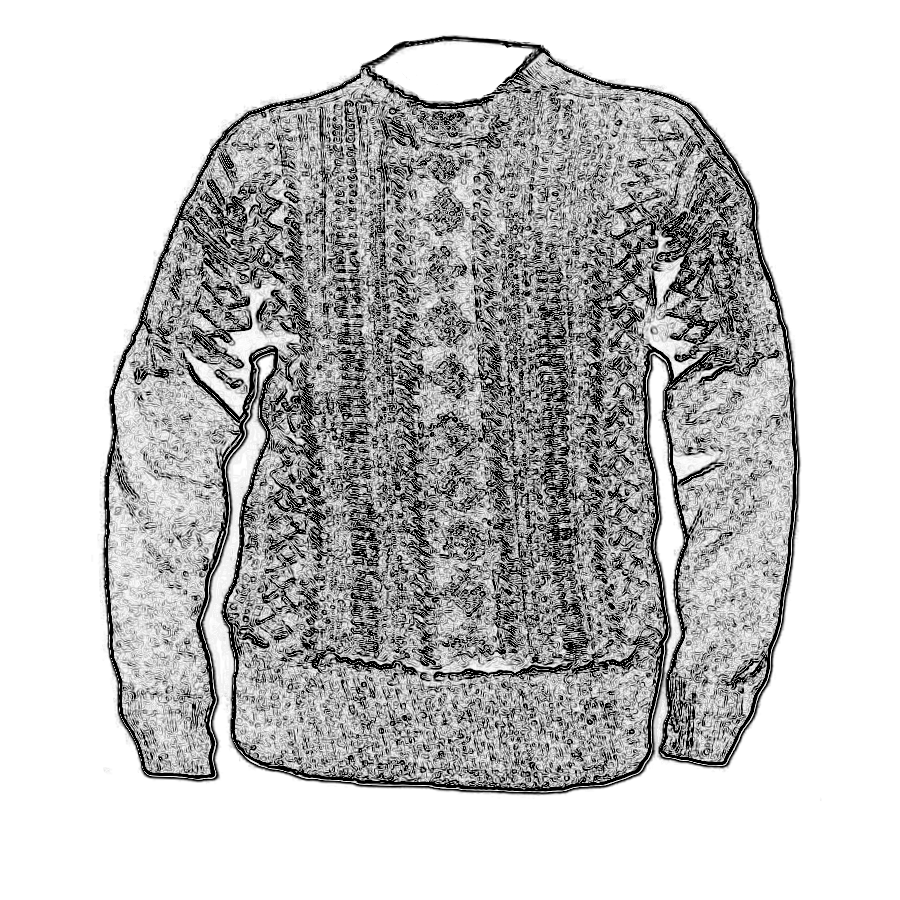